How to Stop Being Socially Awkward

This is a guest post by Mark Belden, the founder of The New Man Within.

As soon as I decided to talk to her, my heart started pounding. We were running around the track in our high school gym class. I had been gearing myself up for weeks to say hi to her.

I ran up next to her and said, “Hey, aren’t you dating Cole?” (I knew she was dating Cole.)

She looked over at me wondering if I was going to say anything else. I didn’t. She pulled ahead while I slowed down and wondered if I would be awkward forever.

This wasn’t the only interaction that went like this. I have a journal filled with conversations that I wrote down and tried to decipher why I kept feeling so out of place. I had developed a skill of starting a conversation and then immediately ruining it.

All of these negative experiences led to low self esteem and labeling myself as socially awkward.

The Psychology Behind Being Awkward

As humans we have a deep primal need to feel loved and accepted. Struggling to connect in conversation and constantly feeling like you are the odd ball of the group can cause feelings of rejection. Constant rejection can lead to confirmation bias, which can make us feel we aren’t worthy. 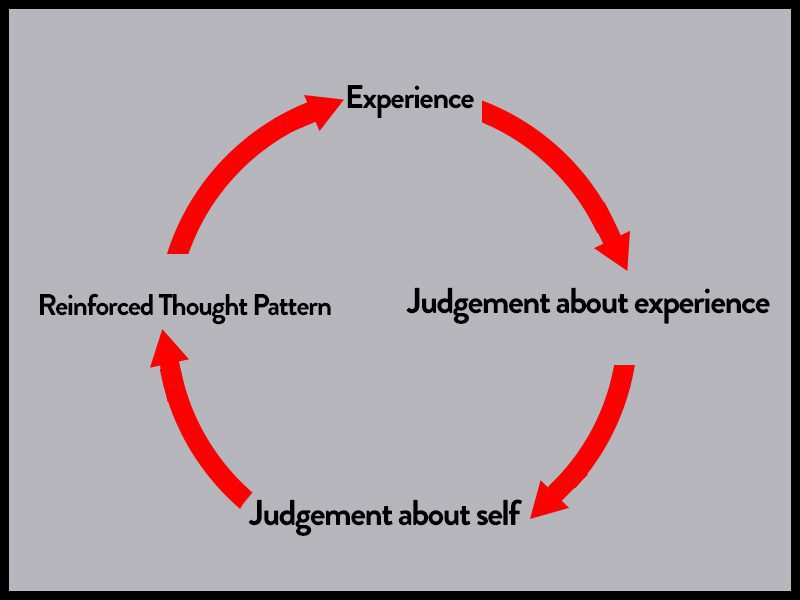 Confirmation bias is the tendency to interpret new evidence as confirmation of one’s existing beliefs or theories.

Meaning, when you feel that too many social interactions have gone wrong, you tell yourself that you are socially awkward, or that you are stuck this way. This cycle can lead to a never ending negative thought loop.

After a while, the negative thought loop can make us feel hopeless. The good news is, no matter how bad it gets, you can always improve.

The Truth About Being Socially Awkward

People have terrible memories. When we are awkward, we only remember the parts that feel painful during conversation. Not only that — we think that everyone else remembers our mistakes as vividly as we do.

In the book Subliminal – How Your Unconscious Mind Rules Your Behavior, Leonard Mlodinow writes that our brain is not a video camera that captures and stores all information on a hard drive that we can recall on command. Our brain only remembers moments that were unique to our personal experience. This is why when we are stuck in a negative thought loop we replay the painful parts of a conversation over and over – and ignore the fact that she smiled at us when we first said hello.

Olivia Fox Cabane, author of The Charisma Myth, writes that painful experiences are normal. She suggests a method called “Destigmatizing Discomfort”, or reducing the power of a bad experience by realizing that internal discomfort is totally normal.

In our culture it has become the norm to label any kind of mental discomfort as a flaw in who we are. In reality, everyone experiences pain and rejection and there’s nothing wrong with it.

Feeling awkward in conversation is painful. But it’s important to remember that we blow the negative experiences out of proportion instead of letting ourselves make mistakes and learn from them.

End The Negative Thought Loop and Empower Yourself

Thomas Edison was known for his invention of the light bulb. Edison was also known for taking several thousand tries before getting it right. 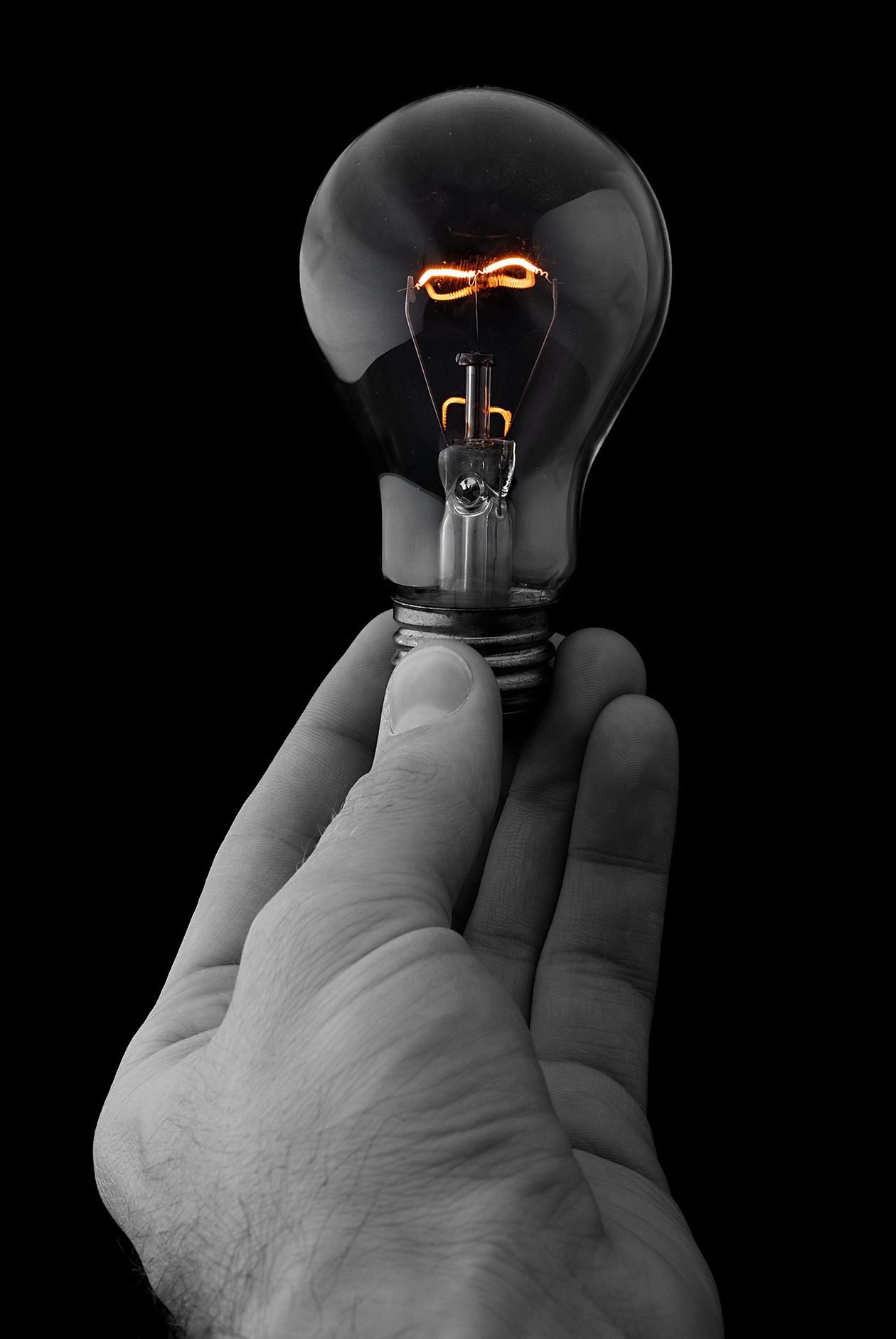 It would have been very easy for Edison to label himself a failure. Instead he chose to look at his attempts at inventing the lightbulb in a more positive way. This same mentality can be applied to overcoming awkwardness.

Put the negative thought loop to rest. Even if most of your life you have considered yourself socially awkward, you can always change the story.

Take the power back into your hands and allow yourself to be imperfect.

If your story was:

“I’m socially awkward and I always feel weird during conversation.”

I challenge you to say:

“I know that in the past I have struggled with conversation, but I am going to work through this no matter what it takes.”

Optimize for learning, not for success.

We are all very guilty of not taking action when it comes to improving our lives. How many times have you heard someone say:

And then not take action?

People don’t do what they say they need to do because change is hard. As Tony Robbins puts it, “The future isn’t real.” Meaning even though we know we need to practice conversation to improve, we don’t because we are just comfortable enough in the current moment.

I used to think that if I wanted to meet a woman, I had to know everything to say and be prepared for every response. When I would talk to a girl I was interested in, I’d fumble my words and totally ruin the conversation. I tried this over and over before I realized I had to try something totally different

I figured out that instead of putting huge expectations on myself to have a flawless and perfect conversation — I would get better at the points in conversation that I consistently struggled with.

Embrace the “what if I could do no wrong?” mentality

When you fail at something over and over, it’s easy to feel defeated. During the most challenging time of my struggle with learning how to not be awkward I learned about the “What if I could do no wrong?” mentality.

This mentality helped me shift away from my negative thought loop and look at myself in a positive way. I would ask myself these questions, and visualize and practice what it looked and felt like.

If you enter a social interaction thinking “I’m awkward and I will probably mess this up” then you are totally correct.

If you enter the interaction thinking, “I am a great guy, and I can do no wrong” then you are also correct. This of course means be a gentleman and don’t go totally off the rails, but give yourself permission to make mistakes.

Journal on your experiences

I started a journal over 10 years ago to help me improve during my conversations. I broke down each conversation and ways I could improve. Over time I developed a template that helped me pinpoint where I thought I was being awkward, and ways to improve. 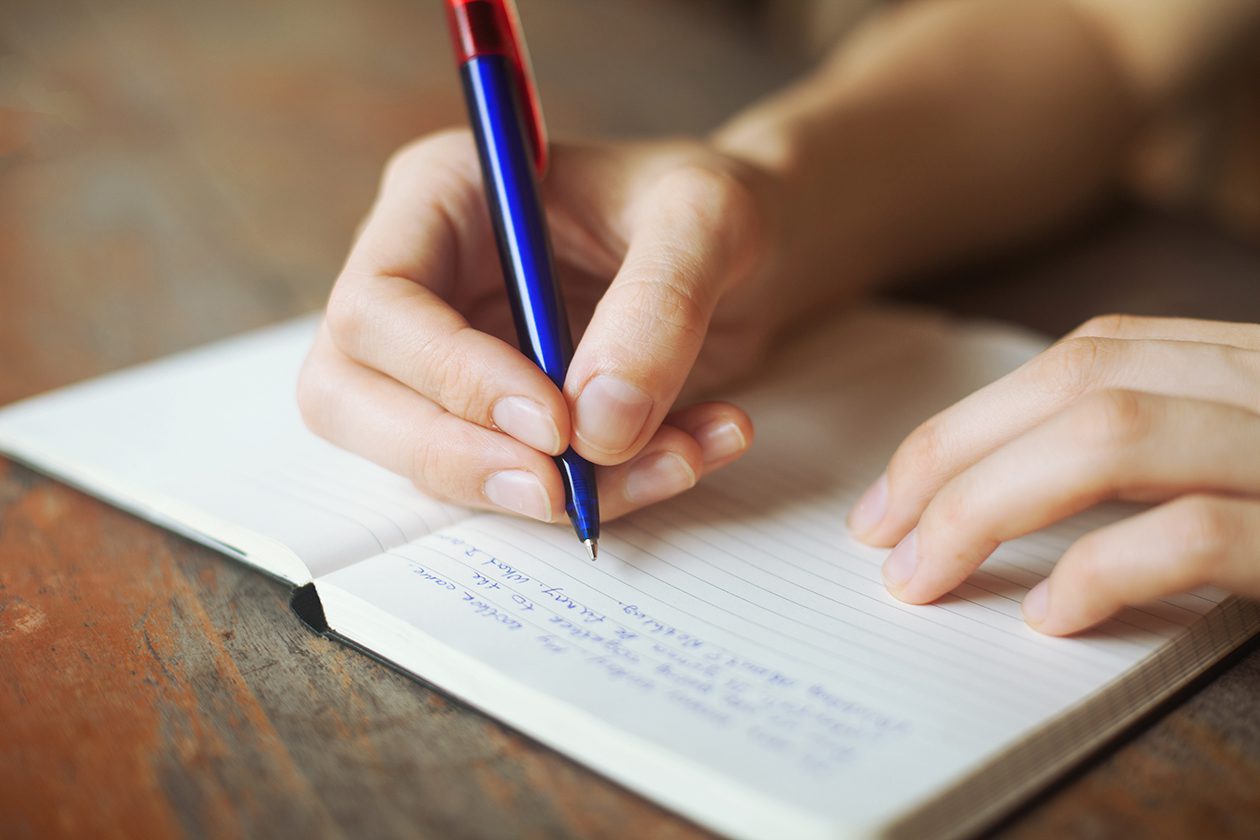 Comedians are the best at handling situations that go bad. The drunk guy that disrupts the crowd, late arrivals, the group that won’t stop talking — comedians have an answer for it all. Think about what the show would be like if they weren’t prepared for these “unexpected” moments? It would be well… awkward!

A skilled comedian can handle these situations so well you wonder if there was a heckler placed in the crowd intentionally. The only way to develop this same skillset of handling conversation is through practice and journaling.

We suffer the most when we allow ourselves to stay complacent in our minds. The challenge is taking one step at a time to improving our social skills. If we keep going into conversation without any mental rehearsal, we will keep having the same struggles. When we develop awareness and adapt a new mentality, a whole new world of opportunities opens up.

Mark Belden writes awesome articles at The New Man Within on how to get control and improve your dating life by taking action, one step at a time. He also offers helpful guides in his posts that you can download for free!