How to Meet and Attract Women in Foreign Countries This is a guest post by Dave Perrotta, the founder of PostGradCasanova.com.

I’ve been lucky enough to live in four different countries and travel to several more.

(Vietnam, Colombia, Spain, and of course, the USA.)

These adventures have led to new friends, great business opportunities, and fresh perspectives.

But one of the most interesting aspects of it all has been dating foreign women.

For me, it’s an exciting way to experience and learn a new culture. Plus, it’s given me some unforgettable memories.

A word of warning: meeting and attracting foreign women isn’t always as easy as people would have you believe. You need to keep an open mind, be patient, and sometimes take a different approach than what you’re used to.

But if you can figure it out, you’re in for some amazing travel experiences.

I’ve condensed what I’ve learned into a few basic guidelines. Whether you’re traveling through for a short time, or moving to a foreign country indefinitely, these guidelines will help you have more dating success.

Give Yourself the Logistical Advantage

It’s cheaper to live in a lot of foreign countries. Which means it’s significantly cheaper to get housing in the best areas of foreign cities. For example, in Vietnam I lived downtown surrounded by all the best bars and clubs, and my rent was just $300/month. In Colombia, I did the same thing and it was only $600/month.

So it’s worth spending the money to live in a good part of the city.

Aim to stay in an area with a lot of stuff to do. Great nightlife, fun activities, and good restaurants. This will make it smoother for you to bring girls home when you go out and to set up dates right next to your place. Women are more willing to come to you when you don’t live on the outskirts of town.

When you have the logistics in your favor, everything else becomes much easier.

Tinder and Okcupid are pretty much popular worldwide now. Online dating apps like these are ideal for meeting new people in any city. I’d advise you create a profile and set up dates before you arrive — especially if you’re only going to be there for a short time.

Just don’t overdo it and spend all your time on online dating. Use it as another avenue for meeting cool women in foreign countries.

Learn A Few Basics Phrases of the Language 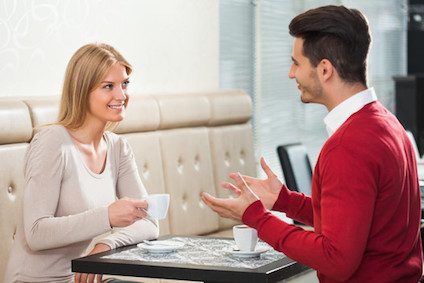 Just by learning a few basic phrases, you’ll give yourself an edge over the majority of guys. You’ll show that you actually care about the culture and took time to learn it (unlike most tourists).

Just a few words can go a long way and help you make a great first impression. In Colombia, women are happy even if you speak very broken Spanish.

Here are some good phrases to get you started:

Foreign women appreciate when you show this kind of interest in their culture, and often they’ll offer to help you learn more of their language – which can be a great premise for a first date.

Different cultures date in different ways – and if you don’t pay attention and adjust, you may be stuck banging your head against the wall.

In Colombia, women are beautiful, fun, and open — but they won’t typically go home with a guy the first night. In fact, if they seem a little too eager to go home with you, they may be either a prostitute or trying to scam you.

However, they’re well-mannered and willing to give out their phone number. So a better approach is to make connections, get phone numbers, and try to set up more dates. If you push too hard to bring a woman home the first night, you won’t have much success and might even ruin your chances. But if you’re patient, things will usually progress by the second or third date.

In Vietnam, you have a huge edge over the local guys if you’re from a Western country. Many Vietnamese women won’t even date local Vietnamese men anymore. These women are more likely to go home with you on the first night than Colombians (despite the conservative Asian stereotypes you may have heard), as long as you lead them the right way. Leading is key here, and you have to make the first move because they rarely do.

Quick tip: Usually the more English they speak, the less conservative they are.

In Spain, being an American can actually be a negative thing. Spanish women often don’t really like the American attitude and view Americans as obnoxious. They’re also not as patient as Colombians when you’re learning Spanish, especially if you’re trying to chat at a bar or club. The key here is to avoid coming off as the typical, boisterous American tourist they’ve come to expect.

But I will say this: once you start dating a Spanish girl, it’s an awesome experience.

Just because something works well for you in one culture doesn’t mean it will work well in another.

Observe the Locals and Be Mindful 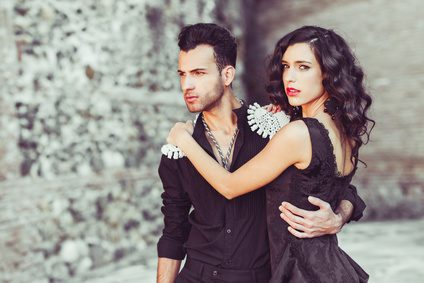 One of the best ways of figuring out these cultural differences is by observing and hanging out with the local guys who have success.

This can be as simple as noticing the guy surrounded by beautiful girls in the bar/club and introducing yourself.

Ask yourself: what are they doing that’s working? Not working? How does it compare to your approach to dating and meeting women?

Then: how can you apply what they’re doing well to your approach, so you can have more success?

Because of that, I realized that I could really stand out by confidently cold approaching girls (especially during the day). Also, I’d gain an advantage if I befriended the outgoing local men.

One of my first days in Medellin, Colombia, I was walking down the street and noticed a beautiful girl eating lunch by herself. We made eye contact and I kept walking. When I looked back, we made eye contact again and I knew I had to do something.

I walked up to her table and said, “Hablas ingles?” (“Do you speak English?”). She said yes, and I said, “For real?!” and laughed. I could tell she was a bit shocked but also intrigued. She texted me right after saying, “You are crazy! You don’t just say hi to someone in the street!” That shows how rare daytime approaches are. Needless to say, we hung out a bunch and had a great time.

In Vietnam, I noticed a lot of the local men were either too passive or acted like jerks when they tried to lead women. So I focused on being a normal and genuine guy while leading. I listened and related to girls, helped them stay in a positive mindset, and focused on building emotional connections. As a result, women were more willing to follow my lead, which led to some pretty awesome nights.

In Spain, the local guys seemed to be more aggressive than American guys. They got more physical, approached often, and made bold moves. Plus, they had great style. If you weren’t careful, a Spanish guy could take your girl from right under your nose.

I adjusted my style by being more aggressive and speeding up my pace. I relied heavily on physical contact, brought girls home more quickly on dates, and always moved things forward.

The key is to be aware and adaptable. This is important because a lot of guys tend to put less effort into dating abroad because they think it will be easier than in their hometowns. They’re not mindful and their poor results reflect that.

Despite differences in language and culture, the principles of being good with women still apply. Women all over the world like dominance, they like being led, and they like men who go after what they want.

This strategy can dramatically improve your dating success in foreign countries, and when traveling in general. Use it to amplify your traveling experiences and meet amazing women around the globe.

I want to share with you guys my texting cheat sheet. All you have to do is let me know which email you want it sent to here, and I’ll send it to you for free. You’ll learn: