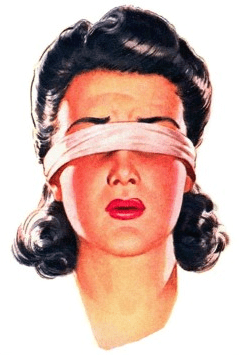 I know I’m generalizing but it’s often true. As men, we have all these insightful laws passed down to us on how to be confident, successful, and our very best. But how many women are instructed from day one to nurture their self-esteem, be independent, and strive for healthy relationships?

I’m grateful for all the female readers who have reached out requesting the same kind of substantial advice I provide for men. So here are four necessary values that I wish more women were taught.

Stop attributing your entire worth to your looks

I understand that the world has told you beauty is everything. Every advertisement, every magazine, and every movie has said it. Even your parents may have had good intentions but their constant reinforcement has left you feeling never enough.

To deny our focus on female beauty in society would be foolish. But chasing an unattainable standard of beauty will leave you miserable. You have to understand that:

Yes, physical attractiveness affects the way people perceive you. But attractiveness is so damn relative and can be increased immensely with a few changes.

The key is to make the best of what you have to offer, but to do it for yourself. Focus on being in good health, find clothes that you love but that also flatter you, develop appealing body language, and look inviting (hold eye contact and smile!). That alone will do wonders for how people see you. Also, follow my 10 rules to get more men approaching you.

That isn’t special advice for women, it applies to men as well. Making those improvements is less about the physical adjustments and more about the message it conveys. You are saying, “I care about myself and put effort into who I am.” We are naturally attracted to people who value themselves.

You have much more to offer than your body and basing your self-esteem on it is destructive. Your kindness, compassion, sense of humor, intellect, motivation, confidence, courage, and personal values are things no one can take away from you. Those are qualities that a real man will care about in a successful relationship.

The guys who are solely obsessed with a woman’s looks are usually shallow and not long-term partners. While looking your best is important, it’s only a fraction of who you are.

Set standards for yourself and stand up to mistreatment

Most of us enter a relationship with the hope of creating something meaningful and long-lasting. Usually when women are out of their 20s, they want a great man to build a life with. So why do so many settle for less?

I’m not only talking about the stereotypical overly aggressive man-child. I’m talking about “nice guys” who are manipulative and controlling. Men who cheat and lie repeatedly. Men who are closed off and never communicate. Men who put you down or disrespect you. And especially, any kind of abuser – emotional or physical.

Think long-term: you might be with this person for the rest of your life. You have to deal with them and their demons on a daily basis. If you want children, their future values and personalities will be negatively shaped by this person – both by how he treats you and them. That damage is often irreversible.

Don’t fool yourself, a substandard man won’t change and you can’t make him do so, either. He will make the same mistakes over and over. And I’m sorry, but he doesn’t mistreat you “out of love”. His apologies and material gifts are empty gestures. No man who loves you will repeatedly disrespect you.

You’re smart enough to know the risks of abusive partners. Get out of a bad relationship early on because the longer you wait, the more invested and trapped you’ll feel. If your mother, best friend, or daughter were in your situation, what would you tell them to do?

“But what if he’s the best guy I’ve found so far? What if I never find someone else like him?”

Then take charge of your dating life and meet more quality men. You can find guys who are assertive, confident, and unbelievable in bed that aren’t douchebags. Here’s how…

You have the power to approach men

Let go of the fantasy that a shining knight will come sweep you off your feet. If it happens, that’s great, but you can’t rely on that as a healthy strategy. It’s 2013 and women who put themselves out there are discovering amazing relationships.

If you’re looking for a high-caliber man, you’re going to have a difficult time waiting for guys to approach. Particularly at bars, the guys who do say hi are more than likely not who you’re looking for. (But I’m trying to change that!)

You are seriously limiting your choices by not starting conversations with men everywhere. Being the one who approaches does not make you any less valuable. In fact, it gives you the ability to weed out men that don’t meet your standards. You won’t feel pressured to settle because you have plenty of options at your disposal.

Your approach can be much more subtle and casual than a man’s. You can ask a simple question like, “Have you tried the hazelnut latte?” or “What’s your opinion on these shoes?” You’re almost always going to get a polite response and if he’s even remotely interested, he will keep the conversation going.

You’re never going to get rejected like you imagine in your head. If he’s not interested, the worst you’ll get is a genuine smile and a brief answer. Men don’t harshly reject women.

Start meeting men on your own terms. Cut out the jerks and the ones who aren’t your type. Focus on finding someone that you can create a mutually beneficial, growing relationship with.

Accept that your sexual desires are normal and healthy

Slut-shaming is more prevalent than ever and it disturbs me. Sexual desires are part of our primal needs. To go against that is to go against our biology. But it amazes me that it’s not just from men, but from other women, too.

People slut shame for many reasons – religion, ignorance, insecurity, jealousy, and feeling threatened by sexual women. Some men claim that a woman’s promiscuity makes her less valuable. Yet when asked if they would love to have tons of sex with beautiful girls, they wouldn’t think twice. It’s a screwed-up double standard.

A woman embracing her sexuality is only “negative” if it comes from an unhealthy place. By that I mean having sex because you…

But if you’re having sex because you genuinely want to, are comfortable sharing an incredible experience with the other person, or are just looking to have some fun — more power to you. Be smart about it and obviously use protection (wow I feel old).

Once you’re an adult, no one can tell you if you’re ready for sex except you. Don’t stick to some arbitrary “5 date rule” your friends told you. Don’t hold out for sex as a way to get him to commit. And don’t rush into anything you’re not ready for. For some people that might be a first date, while others it may take longer.

Never feel guilty for wanting something so natural.