Why Expressing Your Creativity Increases Your Confidence

Srinivas Rao is an unstoppable force. He’s a Wall Street Journal best-selling author of three books. On his wildly popular podcast, he’s interviewed hundreds of the most successful and powerful people in the world. He also surfs like a boss, speaks at conferences all over, and has traveled the globe.

Srini is a huge inspiration to me and an amazing friend. I’m honored he’s been so open about the things he’s learned from me. But, I can easily say I’ve learned so damn much from him. I’m excited to have him share some of that wisdom here with you, too.

Four years ago, I had a break up that made an absolute mess of my head and my life. It led me into a spiral of deep depression and caused me almost to run my business into the ground.  I tried every intervention under the sun…

While those things helped, I was still stuck in a vicious cycle of mental rumination and emotional pain. I couldn’t sleep at night, and I couldn’t get through the day without feeling like I was on the verge of a breakdown.

My confidence in every area of my life had taken a hit. When I asked one of my mentors how to get my confidence back, he told me to learn a new skill.

I didn’t realize it at the time, but he was telling me to express my creativity. While writing and podcasting had been my primary forms of expression, I’d never explored much else.

I had always been intrigued by the spray paint sidewalk artists you see in different cities. So I went to Home Depot and picked up six cans of spray paint. I went to an art store and picked up a dozen blank pasteboards, watched some Youtube videos, and started to make a mess in my parents’ garage.

After that, I poured my energy into making the most beautifully designed free ebook that I could make. Thanks to creativity, I gradually found my way out of that dark and rough patch in my life, and eventually ended up writing two books with a publisher.

So why exactly does expressing your creativity increase your confidence? It turns out this isn’t just based on new age artistic bullshit. It’s actually backed up by research.

Something to look forward to 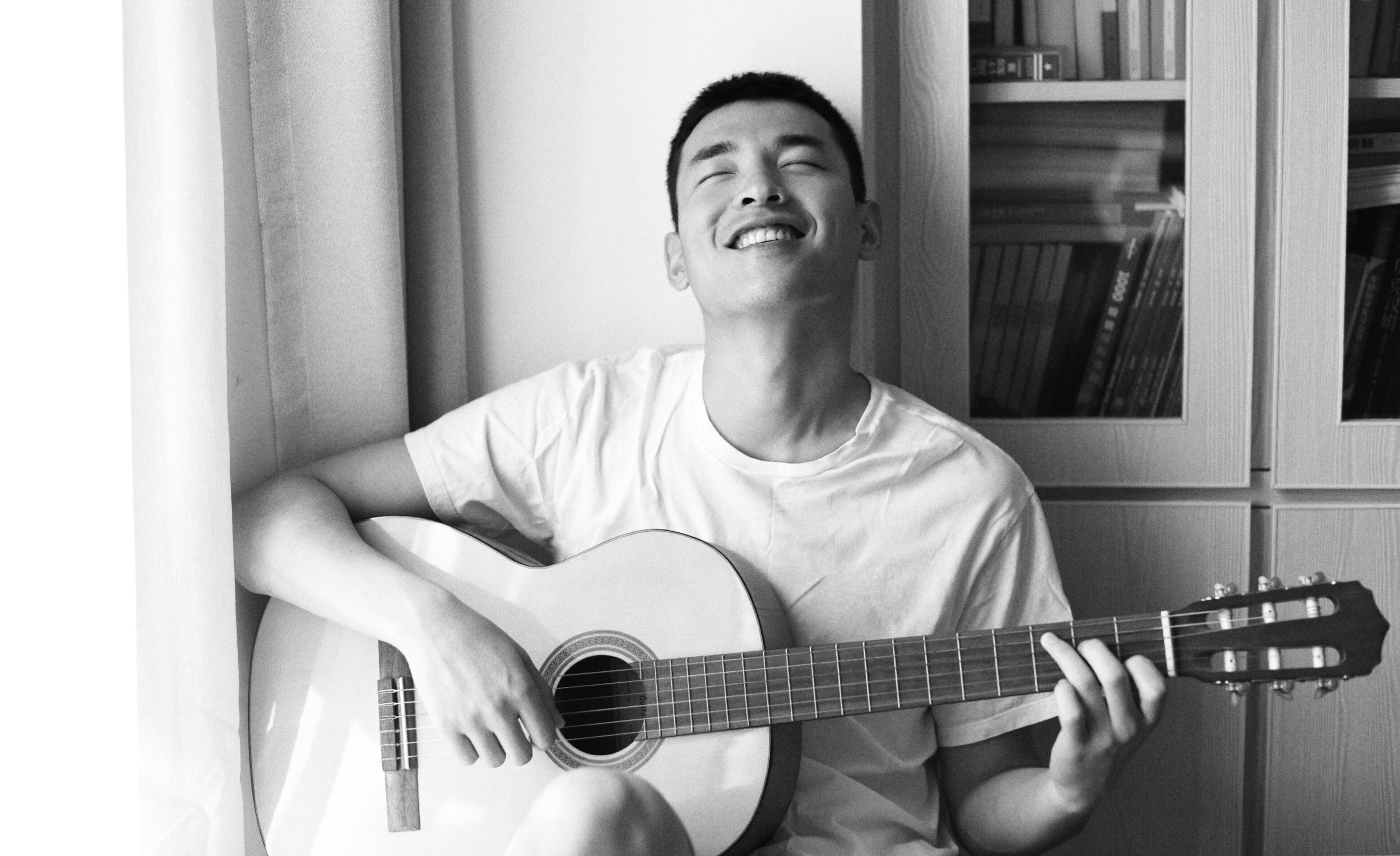 When you have a new habit or hobby, it gives you something to look forward to every day.

When I say “express your creativity”, you might be thinking that you should paint, sing, or write.  But creativity can be shown through many different means. You can design an app, write code, or even make something with legos.

And the satisfaction you get from it isn’t dependent on anything external, like someone else’s approval — it’s something you do because it lights you up.

The problem with trying to find satisfaction and happiness through external means is that what’s external is largely out of your control.

You can’t control how someone feels about you. But you do have complete control over the decision to show up each day and express your creativity. It’s something that you can always count on regardless of what else is going on in your life.

When we’re feeling stuck in life, it’s almost always because we’re dwelling on the past or worrying about the future.

When I started working with Nick, I was obsessed with trying to improve my dating life. If a date went poorly, I would tell myself a dozen stories about what it meant for my future. If it went well, I’d tell myself more positive stories, but they were all still rooted in anxiety and fear of being alone. And almost nothing worked out.

A week before my 40th birthday, a woman I was seeing ended things. This spurred a dramatic shift in me. I no longer had the mental energy to focus on my dating life because I had a new book coming out. I had to redirect all my energy into writing articles like this one.

One of the byproducts of expressing your creativity on a daily basis is that you’re forced to  become present. This eventually triggers what is known as a state of flow. And if you didn’t know, the euphoria from being in a state of flow is pretty much on par with sex.

Chances are you have been in a flow state before and not known it. It’s what happens when time ceases to exist, the world around you disappears, and your only concern is task at a hand. This singular focus ignites the spark that leads to remarkable achievement and performance. Once you’ve had a taste of this, your whole life changes. It’s exactly why surfers say “just catch one good wave and you’ll be hooked.”

What follows the state of flow is happiness. For the most part, we have the happiness equation backward.

We think that we’ll be happy when we get promoted, get the hot girl, become rich, etc.  However, nearly all of the research shows that our happiness is what makes all of those outcomes much more likely.

It’s the most counterintuitive thing in the world, especially when it comes to your dating life.

When your own happiness becomes the filter through which you make decisions, you won’t chase women who aren’t into you and your long-term self-worth will increase. 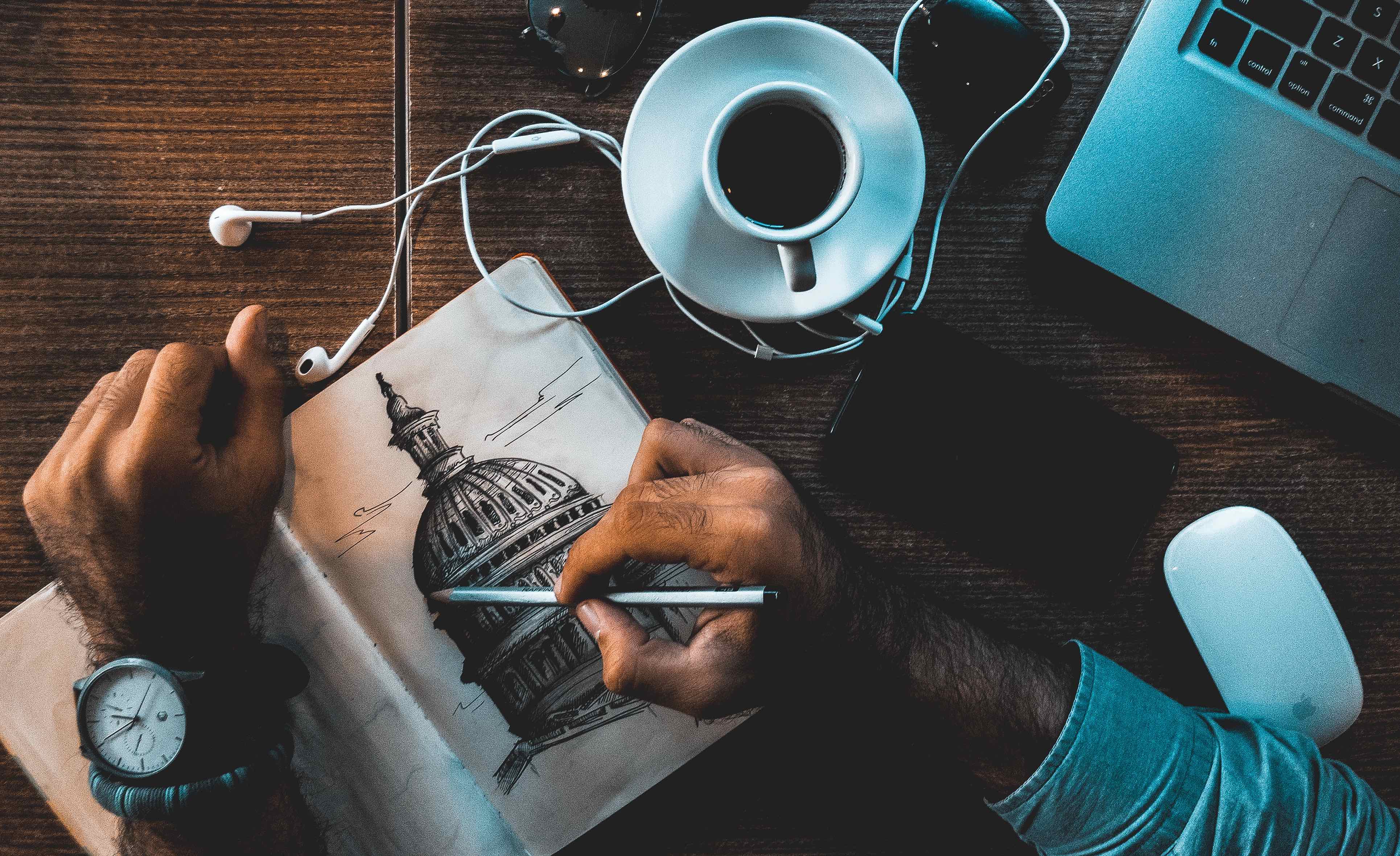 If there’s anything that I hope will convince you to pick up a creative habit, it’s this: the greatest source of motivation for anyone is visible progress. And a creative habit gives you an opportunity to experience that on a regular basis.

For example, I write 1000 words every morning. It’s something I’ve done for five years and will do for the rest of my life. I’ve even asked a girl who spent the night to get out my chair in the morning, so I could get my writing done. But I digress.

By the time I get to the end of the week, I see that I’ve written 7000 words. Because it’s visible progress, I’m motivated to keep doing it. This one simple habit has done more than improve my confidence. It’s netted me an ROI in the high six figures.

You can apply this to anything. Let’s say you want to learn how to play an instrument. You could track your progress by attempting to practice for a certain number of days in a row. The longer you go without breaking the chain, the more motivated you become to continue.

Visible progress towards anything you find fulfilling creates an ongoing cycle of motivation. In turn, that motivation fuels your progress and they feed off each other. This is often the path to extraordinary accomplishment in every area of your life, which leads to a ripple effect.

The ripple effect of a keystone habit

One of the reasons that habits are so powerful is because they have ripple effects.

Every single thing you do has byproducts. Somebody once explained this to me using the following metaphor. Say that you have an apple tree. Well from that tree you can produce apple juice, applesauce, apple pie, and so on.

Let’s say that in my life, the apple tree is my daily writing habit.

That habit has resulted in articles like this one, books, and speeches. Eventually, it created a ripple effect that resulted in a daily reading habit that ultimately led me to consume over 100 books a year.

A keystone habit builds the foundation to keep stacking other habits on top of each other until you’ve gone through a radical transformation. That’s how you become the ideal version of yourself

Even when you’re struggling the most, you can find ways to turn that into something beautiful and empowering. The most important chapter of my first book came from the worst year of my life.

Expressing your creativity is about more than occupying your mind with a new hobby. It’s about seeing what you’re capable of and building unmistakable confidence.

Srini is the host and founder of The Unmistakable Creative Podcast, where’s he’s interviewed more than 700 people. If you’re interested in expressing your creativity to increase your confidence check out his free Guide: The ROI Of Creativity At Work./em>