The Official Guide to Being a Great Wingman 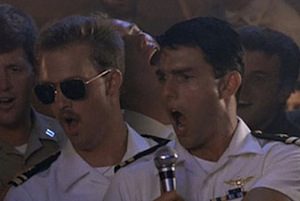 I was at a party a few days ago when a friend told me about his recent hookup gone wrong. He was having a great time with the girl and things started to escalate at his apartment. Right as he was about to hit the heat of the moment, his friend bangs on the door and drunkenly shouts his name. A few seconds later, his friend storms in and ruins the entire mood.

His friend wasn’t trying to be a jerk, he was just having a good time and wanted to keep partying. However, it’s moments like those where one small slipup can change everything.

A wingman’s job is ensure a great experience for friends and guys trying to meet more women. Here are my fundamental rules for being a spectacular brother-in-arms.

1) Take turns winging for each other. Decide ahead of time who’s winging who so there’s no confusion about the lead man of the interaction. Let your buddy in charge figure out what girl he’s interested in and support him by socializing with her friend(s).

For example,  “Hey Matt, this is Karen and Michelle, they’re graduate students at BU studying law.” Then you can follow-up with “This is my friend Matt, he’s a journalist at the Globe and he just got back from Brazil.”

The one thing you don’t want to do is over-hype your friend. Too often I hear guys say, “This is my friend Matt. He’s the coolest guy you’ll ever meet. Seriously, this guy is the best. He’s pretty much a famous journalist and travels the world non-stop.”

Be natural about it and give one or two key points – a sales pitch makes it seem like you’re running a game on them.

3) Don’t blow his opportunities. Any good wingman should never purposely do anything to kill his friend’s chances. This includes putting your friend down, busting his chops, telling embarrassing stories, and walking in on him while he’s busy with a girl. You wouldn’t want him to do it to you, so don’t do it to him.

4) Don’t steal the spotlight. Your job as a wingman is to support your friend at all costs (and he’ll do the same when it’s your turn). It’s perfectly fine to entertain the girl(s) you’re talking to and even make a quick comment to the group. It’s not cool to try and upstage him, get everyone’s attention, or be the entertainer.

5) Never leave a man behind. I get it, sometimes you may be stuck with a girl that’s just not your type. The worst thing you can do is walk away and leave her feeling like a third wheel. Consider that your friend might be having a great time, champ it out, and stay by his side — an extra fifteen minutes is no big deal.

6) Don’t stay in one place. After you’ve been talking for a bit, invite the girls to go somewhere with both you and your wing. Whether that’s a different part of the venue, bar hopping, grabbing a bite to eat, or checking out a party, it’s important to change the scenery. If a girl is interested and willing to join you, you’ve got a much better chance of building a solid connection. Leading is sexy.

7) Split up when the time is right. If you’ve moved with the girls and they still want to continue the fun, you have to find a more one-on-one intimate setting. Once at a more private place (your house, wing’s house), get some alone time. Keep it simple, “Hey I have to show you this awesome song.” or “Come here, I want to talk to you about something.” Tell your wing and his girl that you’ll both be back shortly and take her by the hand.

This not only gives your buddy a chance for some privacy with his girl, but gets you some, too. It’s up to you and the girl where it progresses from there.