How to Lose Your Girlfriend, Guaranteed! 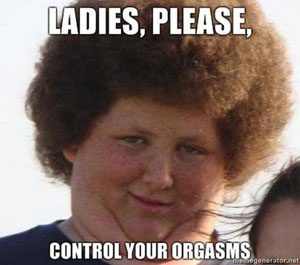 Display a general lack of respect

Trying to break the bond with your girlfriend? No problem, just lose respect for her. Look at her imperfections in a negative light rather than trying to understand them. From the start, be inconsiderate of her feelings and just assume she overreacts all of the time. That way she can feel hurt and disconnected.

When you’re out in public, don’t stand up for her. Be sure to make her feel foolish for spilling her beer or forgetting your friend’s name. Don’t hold doors for her or give her any compliments – that stuff is lame. Make everything about you, not her.

Never tell her the whole truth. You should omit facts, hide your feelings, and lie to get out of obligations. Don’t allow her to trust you because then she’ll expect more from you. Show her that you don’t have integrity and you don’t care enough to be honest with her. Keep her on her toes so she doesn’t get too comfortable in the relationship.

Pick fights with her about insignificant things. Push her buttons as much as possible and bait her into a full-blown argument. It’s not a real fight unless you’re both screaming at each other. Some of the best ways I’ve ruined relationships are by losing my temper and hurling insults that I knew would do the most damage.

Don’t ever apologize, especially when you’re wrong. It shows weakness and puts the blame on you. Instead, guilt her until she feels so bad that she says she’s sorry. Remember, it’s never your fault because you’re perfect.

Let yourself go. She was initially attracted to you for a reason and you need to break that. Stop dressing up, don’t shower regularly, leave a mess wherever you are, and forget about exercising or healthy eating. You want her to know that you don’t care about taking care of yourself or looking good for her.

Boring routines are great for dulling out a relationship. Be sure to do the same things each and every day and never change it up. Decline any requests to do anything exciting. Surprises, cute gifts, and unexpected adventures are a waste of time and money.

When it comes to sex, forget about pleasing her. You’re already dating her, so why should you have to seduce her anymore? Skip the foreplay and teasing and make it about getting your rocks off. Avoid trying new things in the bedroom or encouraging her to open up to you sexually. Be predictable, passive, and selfish.

Get jealous and possessive

Poison the relationship by being needy, jealous, and controlling. Let her know that you’re insecure and she shouldn’t have any freedom. If she asks to go for a girl’s night out, refuse and try to stop her from seeing her friends. She should be with you and no one else.

At the very least, make sure she feels ashamed for wanting to have fun. When she’s away, call and text her constantly to check-in. Annoy her as much as possible, kill the mood, and distract her from enjoying herself.

Worry about her past relationships and remind her often. Tell her how hurt you are even though it was before you were together. Throw in a little resentment toward her as well.

Just follow these six easy steps to lose your girlfriend in no time. However, if you’re looking to keep your partner, I’d recommend doing the exact opposite of everything listed above. We all make mistakes sometimes, but that’s no excuse to mistreat a lady. Let this be a wakeup call for those of you who need to hear it.

Got questions about your relationship? Go ahead and ask me.