5 Reasons to Be Happy You’re Single 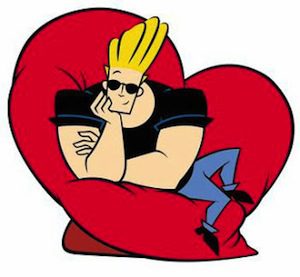 It’s terrible to see how most people look to relationships and a significant other as the end-all, be-all of personal happiness. “I can’t be single and happy!” seems to be the mantra of millions of individuals, both male and female.

I used to be just like this. I was insecure, the polar opposite of confident, and I felt like the only way I could find my place in the world was if I was taken.

My first relationship was a disaster. I don’t regret it because it was a great learning experience of what to avoid in the future, but looking back I can’t help but ask myself what the hell I was thinking.

The worst part of it was how needy I was. When we weren’t talking my mind would be racing. The relationship crumbled within a matter of months but I refused to acknowledge it. I couldn’t even imagine how it felt to go back to being… single.

So of course, I held on as tight as I could. Even after she had lied to me for the 10th time that week.

I didn’t want to call it off even though the whole thing was toxic. I couldn’t, because how could any person be happy without a significant other?

Eventually we split up and I fell into what I refer to as my darkest hours. I’d lie in bed at night and feel this intense rush of pain go through my veins. My heartstrings felt cut. I’d think, how do people survive alone?

That was five years ago.

I get it. I understand how it feels to be dependent on another person for your own personal happiness. Trust me when I say that it’s a bullshit way to live.

How do you expect to be content in the long run if you’re constantly relying on someone else to fill a void? That’s a sign of a much bigger issue.

You have to be happy with yourself before you can get into a healthy relationship where you don’t rely 100% on the other person. No human being can accept such responsibility.

If you’re in this mindset, you’re setting yourself up for disappointment, hurt, and the inevitability of getting into a toxic relationship. The relationship won’t be sustainable and you’re going to crash. Hard.

Here are 5 mindset shifts I had to finally internalize and understand before I realized how to be self-content while outside of a relationship.

You have the opportunity to build an even more awesome lifestyle

Being in a relationship won’t make you into an amazing human being filled with interesting hobbies and knowledge.

I used to think that having someone in my life I can call my girlfriend would somehow make me more interesting. The truth is, a lot of the work falls on your shoulders.

In my case, I began to explore subjects I found interesting and taught myself most of what there is to know. Fashion interested me so I started to take a look at clothing I wanted to wear. Then of course, I went out and bought them. New clothes made me feel good because I knew I looked good — and I had a new conversation topic to fall back on. Boom, more interesting.

I played sports I had fun with. Tennis, Bowling, Ultimate Frisbee, and Disc Golf became regulars in my life. I got better and bonded with people who shared the same interests as me.

Being interested in things makes you interesting. People are attracted to passion and curiosity so when you encompass both values, you’re golden.

When you’re on your own you can be introspective and cognizant of the world around you. People say your significant other brings out the best in you. That’s complete crap. That’s true only if you’re in a healthy relationship (which most people dating aren’t.)

When you’re single you can still work on building your confidence, self-esteem, and everything in between. Personal growth doesn’t come to a sudden stop when your relationship status on Facebook is set to single.

If you let yourself think you can’t grow on your own then there’s your issue right there. Your mindset needs a serious makeover. It’s subjective and there’s no magic formula I can give you to drink and suddenly realize this. It’s something you’ll have to realize on your own.

Toxic relationships will drain you more

Rush into it and you’re going to be desperate. You’re going to fall for the first girl that gives you a smile and you’ll stay with her because you’re afraid of being single.

Like Ferris Bueller said about Cameron, “he’s going to marry the first girl he lays, and she’s gonna treat him like shit, because she will have given him what he has built up in his mind as the end-all, be-all of human existence. She won’t respect him, ’cause you can’t respect somebody who kisses your ass. It just doesn’t work.”

Do you want that to be you? Do you want to be stuck in an unhealthy relationship that sucks your soul out just because you think being single is the worst thing in the world? Relationships aren’t the end-all, be all of human existence. Don’t be Cameron.

There is no sunk cost

My close friend is in this exact situation right now. I asked him how his relationship with his girlfriend was going and he was very unenthused. He was even bordering on depression.

I asked him if he was happy and he said he didn’t know what that meant. Then I asked him why he was still in the relationship. He said if he left, then all the work and effort he put in would go to waste.

It’s never a waste. Okay, you put effort into something that didn’t quite meet your expectations, but so what? You learn what to avoid in the future. You get stronger. You come out a freaking beast.

Do you think I regretted my first disaster of a relationship? I sure did at the time, but looking back I realized I had grown so much as a result. I know what I want, what I don’t want, and I discovered a lesson that I never would have any other way; holding onto something broken only delays the disappointment when it inevitably shatters.

I’m not sure where my standards were before, but after learning to be happy with myself, my expectations for my future girlfriend has been raised much further than just physical appearance. I’m happy with my life and living an adventure of my own. I want my partner to add onto that and I’m not willing to settle for less.

When I meet girls and go on dates I’m seeing if I’m interested in them, not the other way around.

I’m seeing if they’re of high quality, if they’re secure enough to not be too dependent. Plus, I’m a lot more relaxed and confident in myself when I’m meeting women because I already have all my shit together. I’m not secretly hoping that she’s “the one” every time.

Isn’t that great? I’m never beating myself up when I don’t click with someone and I’m actually more fueled to be consistently awesome.

All of this because of a few vital mindset shifts.

Vincent Nguyen is the author of Self Stairway, a personal development blog that teaches daily self-reflection through practical articles without the clichés. His focus on self-improvement can serve as a supplement for improving your dating skills. Follow Vincent on Twitter, Facebook, and Google+.