I knew an outgoing girl who had a lot of guy friends…or so she thought.

One day I told her, “You realize that most of these guys like you, right?”

She thought that was preposterous. She was almost offended by the idea and adamantly denied it. She said, “They’re just good friends.” When I dug a little deeper, I found out…

These “guy friends” were showing her interest left and right.

They always tried to hang out with her one-on-one. They texted and talked for hours on the phone. They bought her gifts. They bashed other guys she dated.

And they “jokingly” complimented her and got a little handsy with playful touches.

Eventually, these guys tried to make a move or confess their feelings. She had no choice but to reject them in an awkward way. Many of those connections deteriorated or fell apart altogether.

She was taken by surprise and that’s okay — she was young.

But what’s not okay is when I see this scenario play out among mature adults. The signs are obvious and it’s possible to avoid unnecessary pain.

I’ve called out guys for pretending to be a friend when they wanted more. Now I want to address the women who suspect or even know their guy friends are into them and avoid talking about it.

Women, it’s time to tell your guy friends that you see them as only friends.

If you really don’t know how he feels 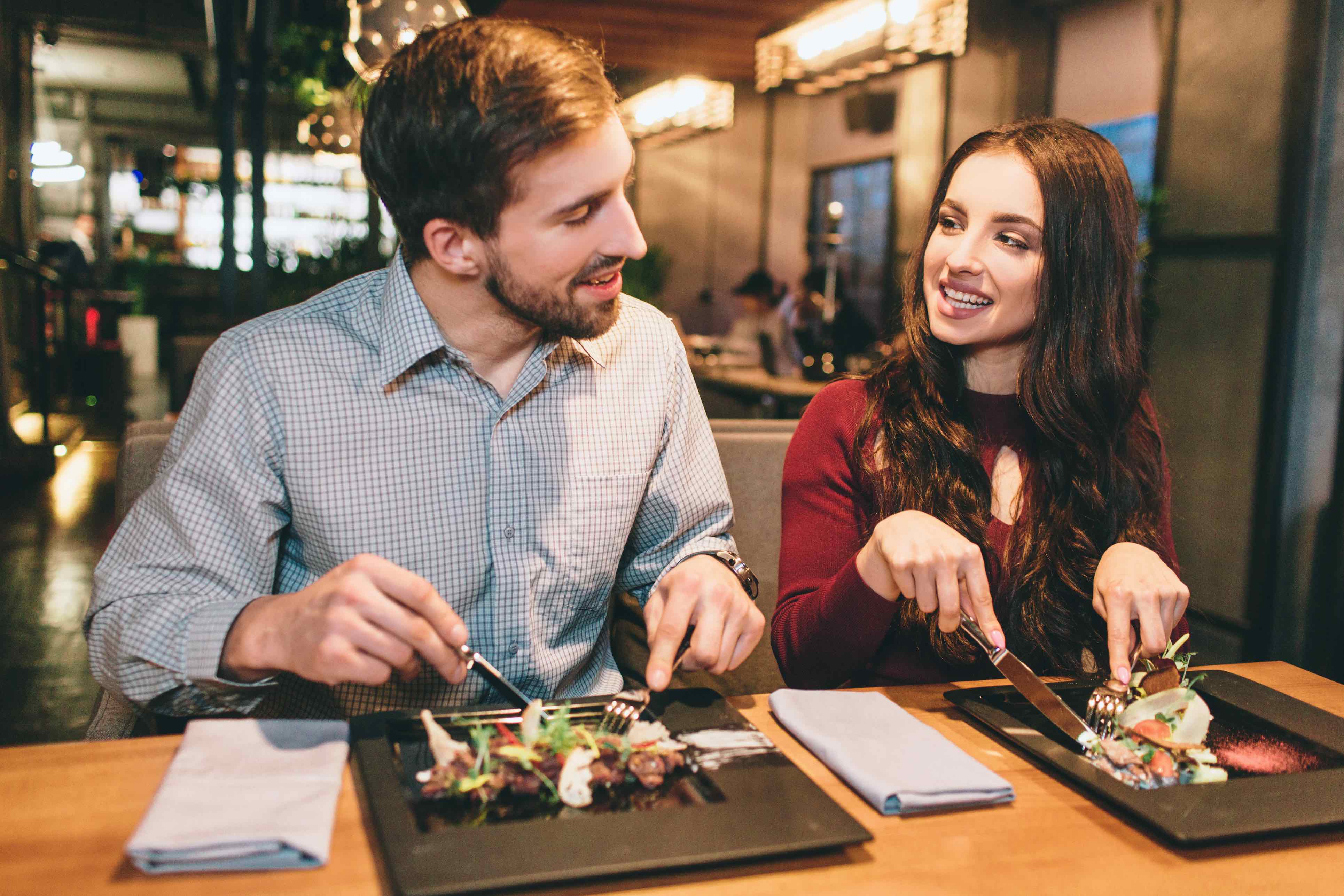 Think of a guy friend who spends a decent amount of time with you. How are you supposed to figure out if he has feelings for you? Look at the signs.

And for one final check, use your instincts:

Imagine you told him you wanted to go home with him, do you think he’d say yes?

If you’ve answered yes to any of these, your friend may be into you. Of course, this is all speculation. The only way to know for sure is to talk to him about it. And this is what so many women avoid.

If you know the truth but avoid the conversation 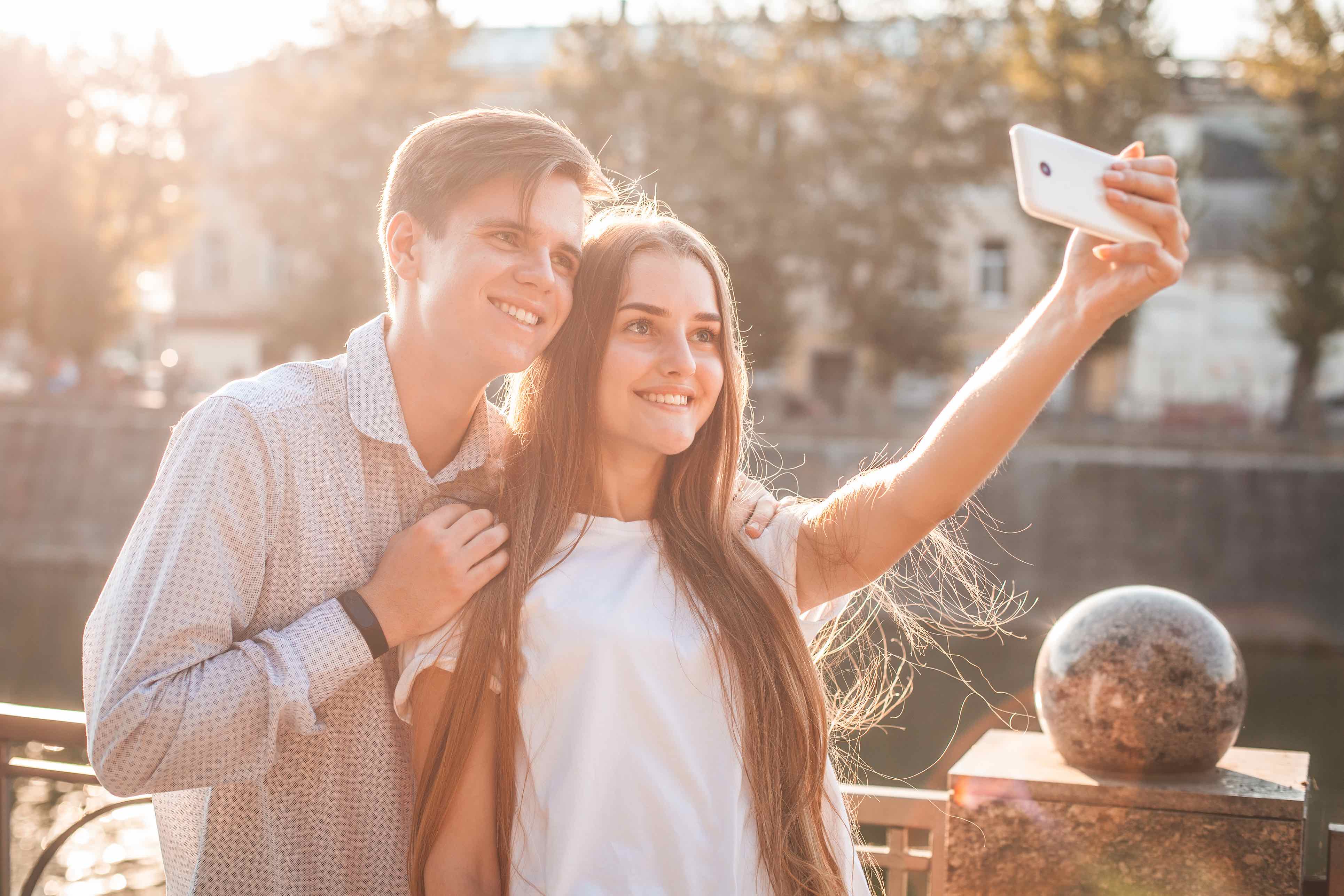 In my experience, the signs that a man is interested are quite obvious. I know that’s not always true but I want to be straight with you…

You probably didn’t need me to tell you the above signs. You already knew deep down that this guy wants more.

If that’s the case, you don’t need to keep guessing about his feelings. You need to admit and accept that you’ve been avoiding the conversation.

This isn’t to attack you or make you feel bad. I don’t think you’re a heartless person if you’ve kept things ambiguous. In fact, I believe most women who have been in the situation don’t have any malicious intent.

I also know that it can feel really good to have someone like him around. Society and social media tells women their value is based on how attractive they are to men.

And sometimes, you want emotional support from a guy who listens. Sometimes you want attention and to feel beautiful. Maybe you know this guy’s a good guy and want to have him as a potential backup romantic option.

Or maybe, it feels nice to be pampered by a guy who seems happy to do so.

So in return, you keep your feelings about him unclear. If he doesn’t bring it up, why should you?

The harm in being ambiguous 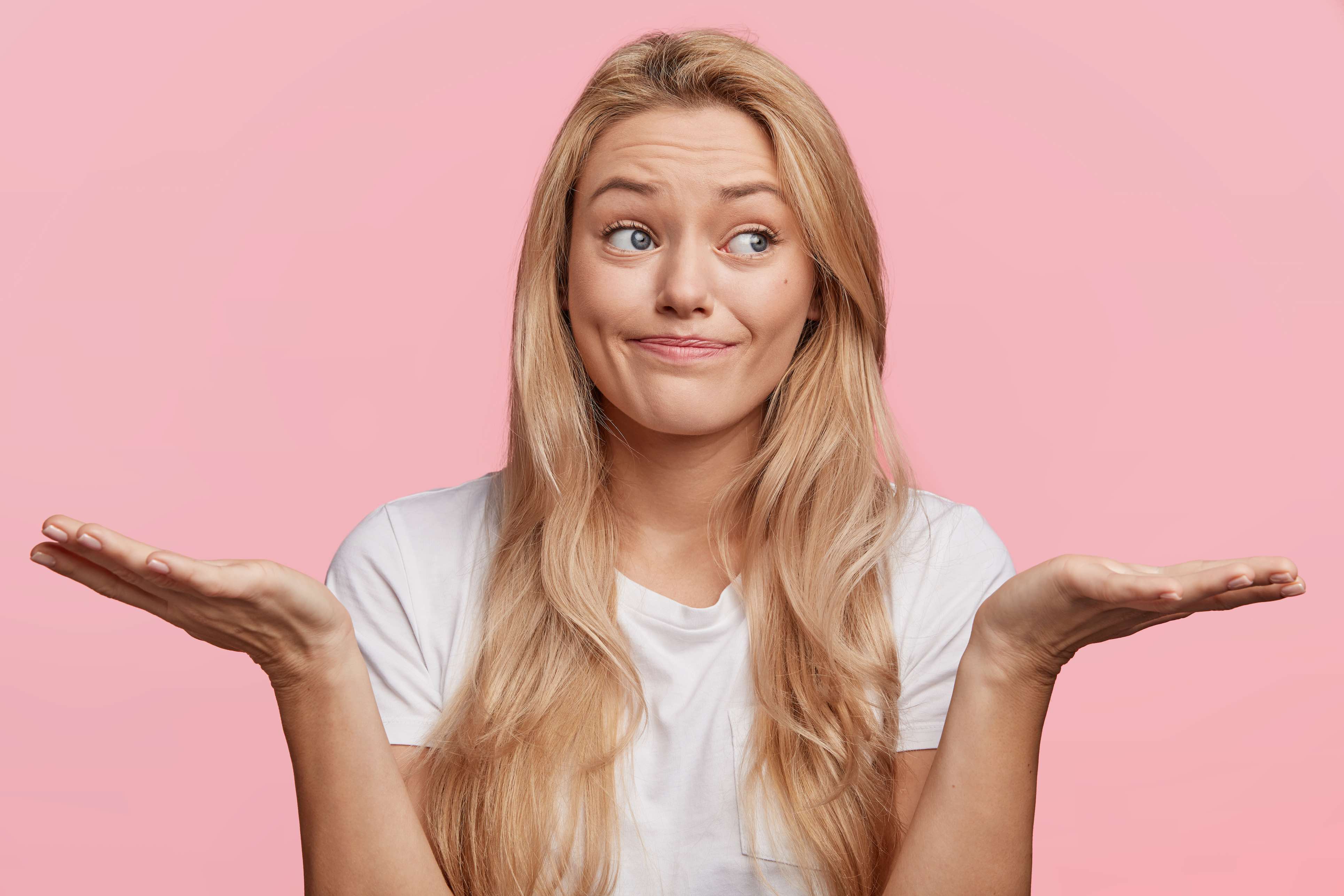 On the surface, being ambiguous seems like no big deal. But what you don’t realize is that many guys obsess over one girl they like.

They focus on her relentlessly and think of ways to win her over. They’re wracked with anxiety trying to figure out if she likes them back. They dream up an entire life together.

The longer this goes on, the more invested their heart is.

Maybe you think that if you never flirt back, reject his date ideas, and date other people — he’ll get the hint. He won’t.

I talk to so many men who hold onto any glimmer of hope for months or years. They only let go when they’ve heard you say the exact words that it’s not going to happen. Let me repeat — guys don’t take hints. You need to say something. And here’s why:

The kindest, most considerate thing you can do as a good friend (and as a human being) is to be clear about how you feel. This is also the best route to salvaging the friendship and building trust.

When this topic isn’t addressed…someone’s going to get hurt. 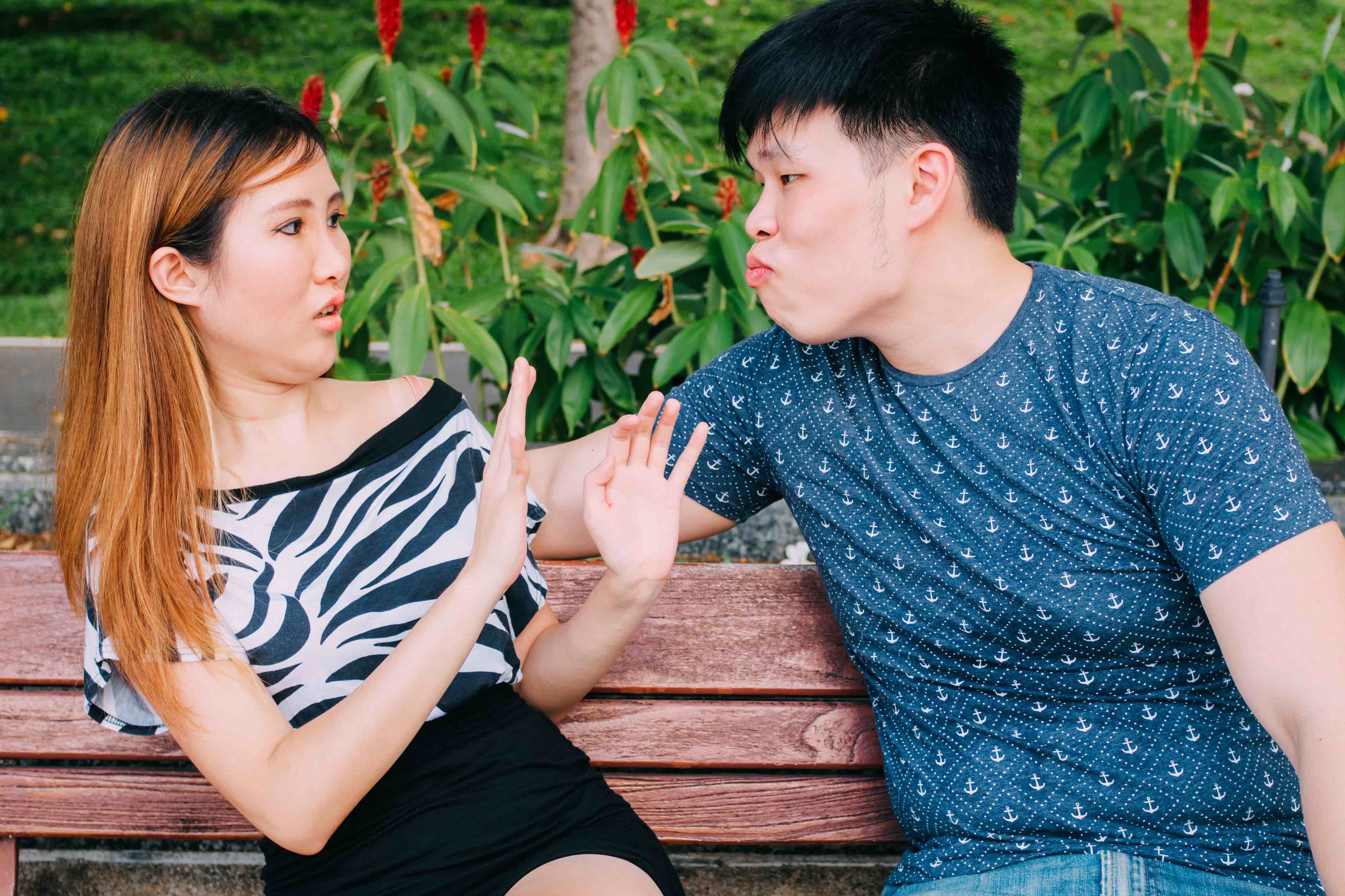 The guy can’t take hiding his feelings any more. Then he finally gets the courage to do something about it.

So he pushes things forward to the point where you have to give him an answer. Maybe he tells you he likes you or tries to make a move.

Now you’re stuck. You have to reject him at his most vulnerable moment. This often results in a tense or heated discussion where both parties feel hurt.

The guy realizes after all this time, his hopes were only a fantasy. He might even blame you for leading him on. He may distance himself and break off the friendship altogether.

This makes you think, “What a jerk! He only cared about trying to get with me, not having a friendship.”

But I would challenge you on that. A friendship can only work when both people truly want a friendship. If you know he’s into you and you let him get his hopes up, are you being a good friend?

When it gets to this point, everyone loses. You both feel used by each other for different reasons. You feel men only see you as a sexual conquest. Men think you used them for emotional or financial support while you secretly desired other guys.

I believe experiences like this are a major cause in the growing animosity between young men and women in dating.

This type of behavior leads to resentment, anger, distrust, and even hate. And when people get into an “us vs them” mentality, it encourages them to treat future partners poorly.

Romantic relationships suffer when everyone is adversarial and manipulative.

Avoid more pain and have the conversation 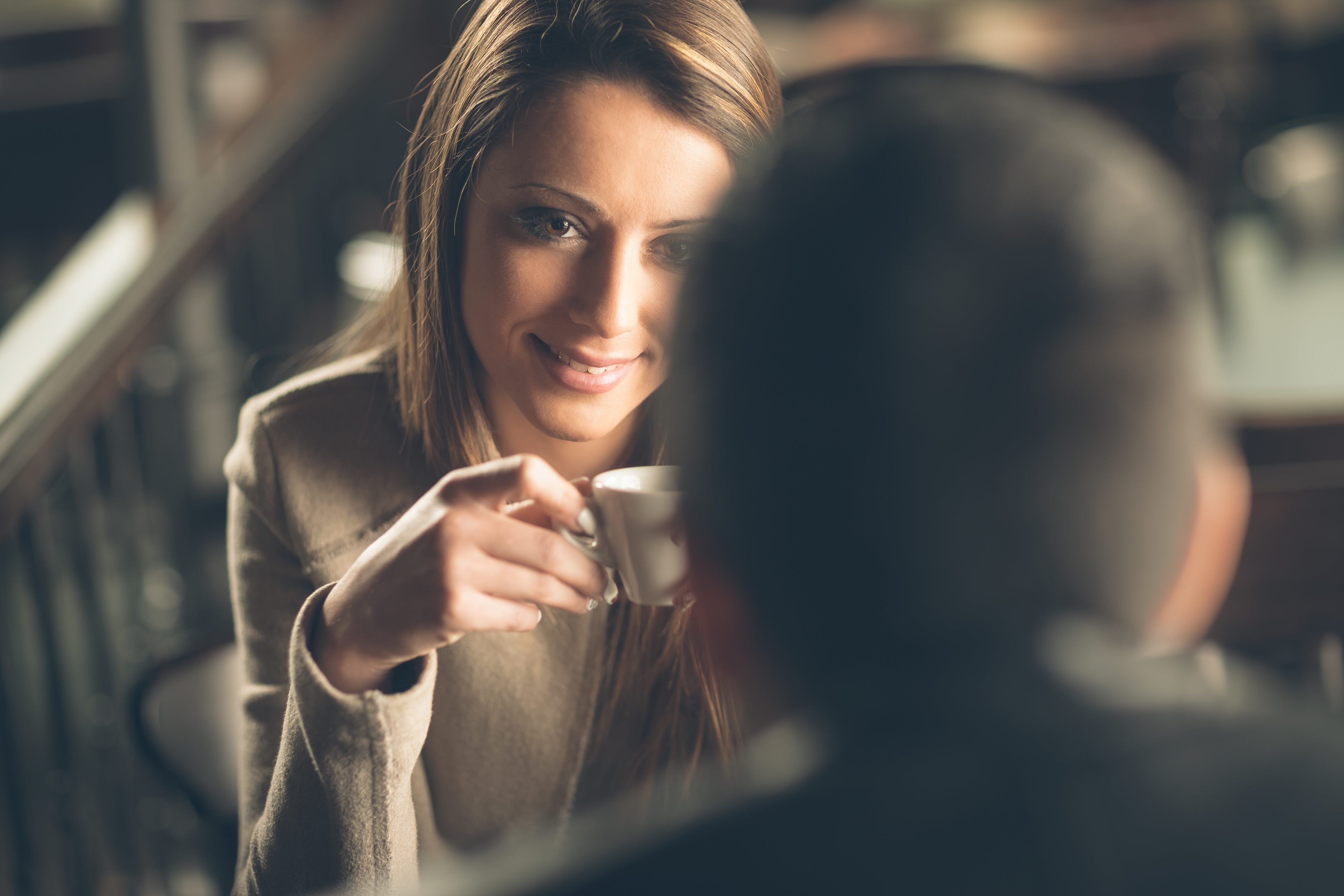 I’m asking you — communicate how you feel with the men in your life.

I know you might be afraid of the repercussions. That’s why the time is now.

It may be uncomfortable, but it will avoid more misunderstandings and pain later. Doing it early and sincerely gives you the best chance that a guy takes that rejection gracefully.

The longer you delay, the more crushed he will feel. This also increases the chance of fallout. Nip this in the bud and you can almost always resolve things peacefully.

The smoothest way to approach the conversation is when he’s first starting to show subtle signs of interest. Maybe he invites you to drinks alone or touches you lightly when hanging out. This gives you a natural context to share your feelings.

Otherwise, you can always bring it up gently when hanging out. Do it in a public space if that feels better.

Open up to him with something like, “I want you to know how much I care about you as a friend. We’ve never talked about it but I’m not sure how you feel about me. I’m just looking to be friends if that’s okay with you.”

He’s either going to accept the reality or move on.

If he walks away, then you know he never wanted to be your friend.

If he accepts you as a friend, this honesty will only strengthen your connection.

Clear communication is how we create more love for everyone.