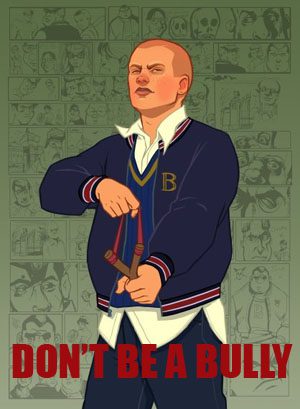 Humans are reciprocative by nature. It’s an evolutionary trait that has allowed us to network and work together for greater mutual advancement. And the golden rule philosophy plays a critical role in our everyday interactions with people.

Lately, I’ve been reading Robert Cialdini’s book, Influence, which deals with the psychology of what motivates us. The first of six factors is reciprocity, and it got me thinking about how it pertains to dating. I explored the three most common ways you can use it to your advantage.

The fundamental rule I hammer into guy’s heads when meeting women is to smile. Everyone knows it, yet very few actually do it. They don’t realize how much it kills the mood to approach a girl completely deadpan. Think about it this way:

It’s identical when approaching a girl. If you aren’t smiling, she’s not going to feel like she can smile, either. You’ve got to give her something to work with! Plus, smiling is confident, sexy, and inviting.

Deal with the opposition

It doesn’t happen often, but you’ll occasionally get the guy at the bar who tries to make you look foolish in front of a girl because of his own hopes to steal her away. He’ll act tough and push your buttons to provoke you to be a douche right back at him. By giving in, you blow your chance with the girl you were talking to. Be smart and don’t allow him the opportunity.

There are two routes: kill him with kindness or ignore him. As he’s trying to antagonize you, give him a warm greeting and keep being polite. Generally, after a few verbal pokes he’s going to feel very awkward by you staying calm. It’s hard for someone to keep being a jerk when the other person is being nice in return.

For the rare time that he keeps bothering you, respond with a monotone “Cool.” and turn back to your conversation. As a last resort, whisper to her, “This guy is creepy.” The worst thing a guy can be labeled is “creepy” and if she agrees with you, she’s now fully on your side.

Most of all, if he keeps acting like an asshole while you’re being friendly, the girl and everyone else will see his true nature. Who wants to associate with that kind of person? It’s our natural instinct to distrust and avoid those who break the law of reciprocity

The three day rule and “playing hard to get” are shady ways to gain a woman’s attention. Any girl who likes you wants to talk to you and get to know you. By acting too cool to give her time or being inconsistent, she’s going to think you’re either A) not that interested or B) a jerk. Neither of them is where a respectable man wants to be. If you play games with women, don’t be surprised when they do it back to you.

Always be genuine and straightforward. When a girl gives you her number, call or at the very least text her the next day. If you want to hang out: schedule plans together and follow through. If she’s interested in you, she’ll respond well. If she’s not, at least you’ll know right away rather than spending your time chasing her, waiting for something to happen.